This artwork features a fancy animal portrait of a white cobra snake. Dressed up to look like a gentleman from the Victorian era, he wears a golden monocle and holds a martini glass in the air as he flicks his tongue out. This classy snake is a very sharp dresser. From his tailored suit to his shiny black top hat, when he slithers into a room, he comes dressed like a million bucks. When it's snake feeding time, put away your rats and mice—because he prefers a dirty martini with three olives ("Shaken, not stirred.")

With a Renaissance painting vibe to it, this piece blends the luxurious with the humorous. This funny piece would make a welcome and interesting addition to any man cave, bachelor pad, poker room or home bar area. An extremely versatile art piece, there's virtually no room it wouldn't look good inside of.

This art piece would make an excellent choice for any reptile lover. A must have for the herpetologist or snake breeder, add it to your reptile room to keep your snakes company when you're away. This unique art piece is also a great pick for the biology nerd or science lover who's looking for something original and hilarious which features animals or wildlife.

About The Cobra Snake:

Cobras are a type of venomous snake whose bites are very deadly to humans. It's estimated that the amount of venom delivered within a single king cobra bite contains enough neurotoxin to kill 20 people.

There are many different cobra species, with the genus Naja comprising what are known as the "true cobras." These include the Indian cobra (Naja naja), Chinese cobra (Naja atra), Egyptian cobra (Naja haje), and the Forest cobra (Naja melanoleuca). The legendary king cobra (Ophiophagus hannah) is actually not considered a "true cobra", and instead belongs to its own separate genus.

Cobras are known for their ability to raise the front of their body off the ground and flatten their necks, which makes them appear larger and more threatening to potential attackers. Most cobras can grow up to 6ft long, although some such as the king cobra can grow up to 10ft in length.

While cobras are among the most notorious venomous snakes, they are not alone in their ability to kill with a single bite. Other deadly snakes include rattlesnakes, vipers, mambas, and sea snakes (or coral reef snakes.) Copperhead bites can also be fatal, though this is more rare compared against some of these other species. By contrast, many of the common snakes seen in the reptile pet trade and used in hobbyist snake breeding do not deliver venomous bites. These include the ball pythons, corn snakes, rat snakes, king snakes, milk snakes, as well as the boa constrictor snakes. This snake is no less than straight ballin. Simply a perfect piece of art. 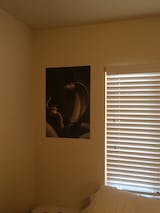