#5) “I am always doing that which I can not do, in order that I may learn how to do it.”
― Pablo Picasso

This is a great principle for not just artwork creation, but for life in general. Getting out of your comfort zone, pushing yourself to do things that are difficult, these are the things that help us to grow as human beings. Continuing to do the same old things that you know how to do and are comfortable with, this is no way to take your artwork, career, or life to the next level. (No pun intended, I swear.) We often tell ourselves, "Ehh I'll just do it later... I'm tired, it's been a long week...", but excuses like this are not gonna pay the bills! Brian Tracy often says that most people live on a wonderful place called "Some Day Isle." They tell themselves: "Some day, I'll write that book. Some day, I'll upgrade my skills. Some day, I'll get in good shape!", and "some day" never seems to come.

This is something Picasso understood as well as anybody, and it's probably one of the main reasons he was so incredibly prolific throughout his whole artwork career. According to PabloPicasso.org,

THAT is some serious output right there—and definitely not the kind of artistic volume you'd see from somebody who's constantly procrastinating and talking about how "some day" they'll get around to finishing that painting! This Picasso quote is somewhat controversial, although arguably he was partly joking when he said it. But there is an underlying, serious point here: Oftentimes, there's no need to re-invent the wheel. We can instead study the most successful people in our field, and model ourselves off of them. We can look at the best artists, the best writers, the best marketers are doing, and instead of trying to completely start from scratch, we can just use their proven formulas as a solid foundation to build off of.

I think it's obvious that Pablo Picasso was not endorsing around-the-board plagiarism in this quote; he was making a point by saying this, one that's overlooked by the people who get offended by this comment of his. Talk to any highly successful person in any field—not just artists or creatives, but literally any field you can think of—and there's a high probability that all of them have a handful of experts that they themselves emulated, studied and learned from when they were working their way up the career ladder. Belief in yourself—belief in your own abilities and your own potential to achieve what you set your mind to—this is arguably one of the foundational starting points of any successful career path. If you dream of becoming a famous artist—yet deep down, you think your artwork isn't really that good, and there's no way you could ever get to the level of massive success that you dream of—then that's all it will ever remain for you: just a dream.

On the other hand, if you truly think that you can make it happen—that if you apply yourself consistently for years, all of that hard work will pay off—there's no telling what you're capable of. #1) “Action is the foundational key to all success.”
― Pablo Picasso

This is really what it comes down to, in any area of life. It doesn't matter what field you're in, or what career path or goals you're pursuing. Getting things done is absolutely crucial to success in any worthwhile endeavor.

If you're an artist trying to build up your portfolio to attract more clients, you're simply gonna have to put in the time to produce more artwork. If you're trying to improve your existing work, again, you're going to have to put in the hours studying, practicing, learning how to get better. Just sitting around waiting for things to happen to you, hoping that by sheer luck the right person at the right time will stumble upon your existing artwork—this is not a formula for success.

Hoping and wishing that things will happen to you does not achieve results. Sitting your ass down and getting to work—"assiduity", as Tai Lopez calls it—is the key to getting better results and ultimately achieving success.

And again, as we saw from the tens of thousands of artwork pieces that Picasso produced over his lifetime, this guy was a *highly* action-oriented person—which is undoubtedly one of the main reasons he remains so famous and influential to this day. 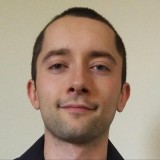 Anton Dybal is the Founder of Next-Level Artwork, a company dedicated to selling outstanding posters & canvas wall art. When he's not working on the business, he can be found reading, exercising, or plotting world domination. WELCOME, AND THANKS FOR STOPPING BY!

We're not going to ask you to sign up for anything. We just want to say, thanks for your visit today!